Not too long ago we posted about the "Most Affordable Retirement Cities" in 2011 as ranked by SmartMoney. This week U.S. News released their "Top 10 Places to Retire on Social Security Alone" which caught our attention. After reviewing their top ten we wanted to note that 8 of the top 10 are solely college towns, while 9 of 10 are home to medium or large universities.

Of the two cities that were not solely college towns, Sunland Park, NM and Syracuse, NY, only Sunland Park is not home to a college. However, Sunland Park is also the only city on this list which is part of a major metropolitan area, the El Paso, Texas metro area. The only other outlier, Syracuse, New York, is home to Syracuse University which is a very large university. Unlike the other 8 college towns however, the Syracuse area is larger and is not solely reliant on the university for its economic and population growth. This of course is debatable and it is important to note that Syracuse University is the area's 2nd largest employer.

The point we are trying to make is that the lower income of the college students is skewing the data. It appears that U.S. News didn't account for the population of college students and their reduced earning power (while in school at least) which ultimately made these towns look less expensive than they really area. Long story short, if you're planning to retire solely on Social Security and you are interested in moving to one of these cities make sure you do your homework before making any relocation decisions.

*As Published by U.S. News

Tags:
Rankings
A Visual Look at American Migration and Relocation...
Moving Yourself to Atlanta 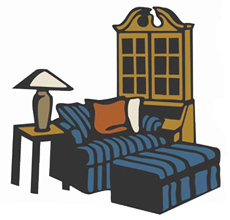